An interview with Ivy Alvarez

By amoore806
Ivy Alvarez was born in the Philippines and grew up in Australia. Her work has appeared in anthologies and journals around the world, with individual poems translated into Russian, Japanese, Spanish and Korean. Now Ivy lives in Cardiff where she runs poetry workshops and is the editor of The Private Press, which publishes handmade chapbooks. Her book Mortal was published by Red Morning Press in 2006.

When did you first hear this story?

My interest in fairy tales, biblical stories, myths and legends stem from childhood. I was very much a reader even then.  I can’t exactly recall when I first discovered the Demeter and Persephone myth in particular. Quite likely it was around that time or pretty much soon after arriving in Australia when I was ten years old.

What was it about this story which captured your imagination?

The one element in the story of Demeter and Persephone that always sticks with me is the detail of the pomegranate seeds and how everything can be undone by overlooking something so simple and almost trivial. It’s also not a little maddening. They would’ve escaped Hades, if only Persephone hadn’t taken the seeds! Still, I can understand the action. It is an all-too-human mistake.

When I first read it, I had no idea what a pomegranate looked like, though. It’s not very common where I grew up, either in the Philippines or in Tasmania. Knowing it as I do now, the closest approximation I have would be the guava, though in my book, I use the aratilis (Muntingia calabura) to replace the mythical fruit.

How did you alter it to make it your own?

The Demeter and Persephone myth provides a solid framework for Mortal and is a microcosmic version of Dee and Seph’s story. In the book, Persephone becomes Seph, Demeter, Dee. The name-change, switching from the formal to a casual nickname, demarcates a splitting-off from the mythical characters. These are now not gods — merely a mother and daughter.

Another sign of this myth-disruption can be found in the prose poem ‘The Abduction of Demeter’, which begins: ‘This time it is Demeter Hades wants.’ This poem forms part of the Demeter and Persephone sequence in Mortal. I envisioned this sequence as a tapestry painting, depicting a story which, when transposed onto the modern lives of Dee and Seph, shows the differences and similarities between past and present.

What was the inspiration for the title of Mortal? How does the collection deal with issues of mortality? 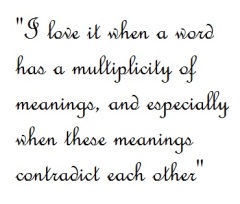 I love it when a word has a multiplicity of meanings, and especially when these meanings contradict each other. ‘Mortal’ is one such word. The poems in the book address these definitions one way or another and the theme of gods and mortals threads its way through some of them.

How does the collection deal with issues of mortality? I’m not sure the book completely resolves the many issues surrounding that question. All one can do is tell a story and hope that, in the telling, one can gain an understanding of why it is mortals have to die and gods can live forever.

How special is the bond between a mother and daughter?

The question — what would it be like if they die before I do? — probably floats through one’s mind, as either a parent or a child, at one time or another. This is the yawning chasm nobody wants to look into too closely.

How can one come to grips with such an emotionally loaded topic? One turns to the past. A mythical character’s grief happens at a remove. There is the paper. There is the ink. There is the story of what they’re feeling. Here I am on the other side of the page, reading about it. The myth helps one understand, brings it closer into focus, and so create order from chaos.

Have you had different responses to the book in different parts of the world?

One notable response to the book comes from readers whose relationships with their mothers are, I gather, somewhat strained or non-existent.

To these readers, I guess a mother-daughter relationship where the mother is clearly distraught at the loss of her daughter, as depicted in the myth, must seem foreign and unrecognisable. I must admit, it interests me, this reaction, and its difference from what I usually encounter.

Do you think your travel experiences have benefited you as a writer?

In May 2011, I received an invitation to give poetry readings in Seoul, Korea as part of Cordite’s Oz-Ko Poetry Tour. One way I tried to comprehend this life-changing experience is through writing a short series of strange prose poems. I find these personally intriguing because they feel so unlike my previous work.

Anything that shakes me out of my writing habits is to be highly prized, I feel. Travel definitely provides that jolt.

What do you think about Welsh culture and writing?

Cardiff’s cultural energy is hard to quantify or describe but it’s undeniable. It’s there. It has a quiet confidence in its own identity, one that’s not strident or self-important. I admire that.

When I first arrived in Cardiff, it felt familiar. The climate reminds me a lot of Hobart, where I grew up. It shares a similar topography: both have a river running through it, both have access to mountains and hills.

I think having a sense of the familiar helps provide some foundation. Wales is where I’ve lived the longest outside of Australia and it feels very stable to me. People here are the closest to the Australian level of laidback that I’ve seen. And I’ve written more here than anywhere else.

I’ve heard you’re writing a second book, can you tell me more about this?

I first had the idea for my second book in 2004, while I was in the middle of trying to get Mortal published. It is about a man who kills his wife, his son and then himself, leaving a daughter as the sole survivor.

I envisaged the work as a novel-like poem, a long poem made up of many poems, all telling the story of this terrible crime. It quickly became an obsession with me. I completed it in early 2011, so that’s about seven years, which is a long time to be living with such dark material. I admit to feeling quite emotional when I finished it.

I’m very excited about it. It’s quite an incredible accomplishment for me and I’m really looking forward to the day when it is published and other people can read it, too.

Ivy has her own website which you can see by clicking here.

This entry was posted on Sunday, March 25th, 2012 at 9:35 pm and tagged with Australia, Demeter, Hades, Ivy Alvarez, Mortal, Persephone, Philippines, Red Morning Press, Tasmania, Tennyson, The Private Press and posted in Interviews. You can follow any responses to this entry through the RSS 2.0 feed.
« Cathy Farr on fantasy writing and dog walking
Blogs on the block »